Do seaside hoteliers want to pull the end of Romanian tourism? In the middle of summer, a tourist complained on Facebook about the breakfast he received at a hotel on the Romanian coast. “It’s like an alms dish,” people commented on his post. An overnight stay at this hotel cost 370 lei.

The hotel on the Romanian coast was the subject of heated discussion on Facebook on Thursday, after a customer complained about the breakfast he had received every morning for four days. From the pictures it can be seen that the breakfast is poor, and on the plates are placed next to cooked dishes and some packaged ones. The daughter didn’t get breakfast in the morning, and when she spoke to the owner she replied, “That’s what you pay for, that’s what you eat”, wrote Antenna 3.

“We’re not the type to leave bad reviews, but now we can’t. We stayed at Hotel Casa Ani in Eforie Nord, I spoke to the lady on the phone, I told her we are 3 couples + 1 3 year old child. All well and good he told us breakfast is now included in the price.

I have to point out that two years ago I was at their place and they don’t have a restaurant yet, you cook for yourself. That’s perfect! When he told me the price had increased, but breakfast was included, it was even more perfect, making us happy that we didn’t go to the beach on an empty stomach. Everything was perfect until we went to eat in the morning.

Breakfast (the one in the picture) if you don’t have anything to eat. It was the same breakfast for 4 days (today, instead of eggs and sausage, he had breaded cheese). The next day they told me the kid didn’t get breakfast because I didn’t pay for it. I told Mr “protector”, who was so rude he started an argument, that it didn’t seem normal to me.

I paid exactly as his wife told me for the room. Of course he started yelling at me in front of everyone. This is the last time I step on them. I got the same breakfast every morning, I used to want to throw up when I saw the same food. I have been to many places with my husband and son but never paid extra for it. I paid for such a room and it was included.

Am I too sensitive and have too high expectations? It was vegetable season. She can beautifully put tomatoes, cucumbers, olives, etc. I’m not talking about conditions anymore, painted fences on the outside and leopards on the inside. The water in the toilet didn’t work, ants in the room. It’s true, the pool is good, but still a lot of money for one night, for some bad conditions“, wrote Laura Necula on Facebook. 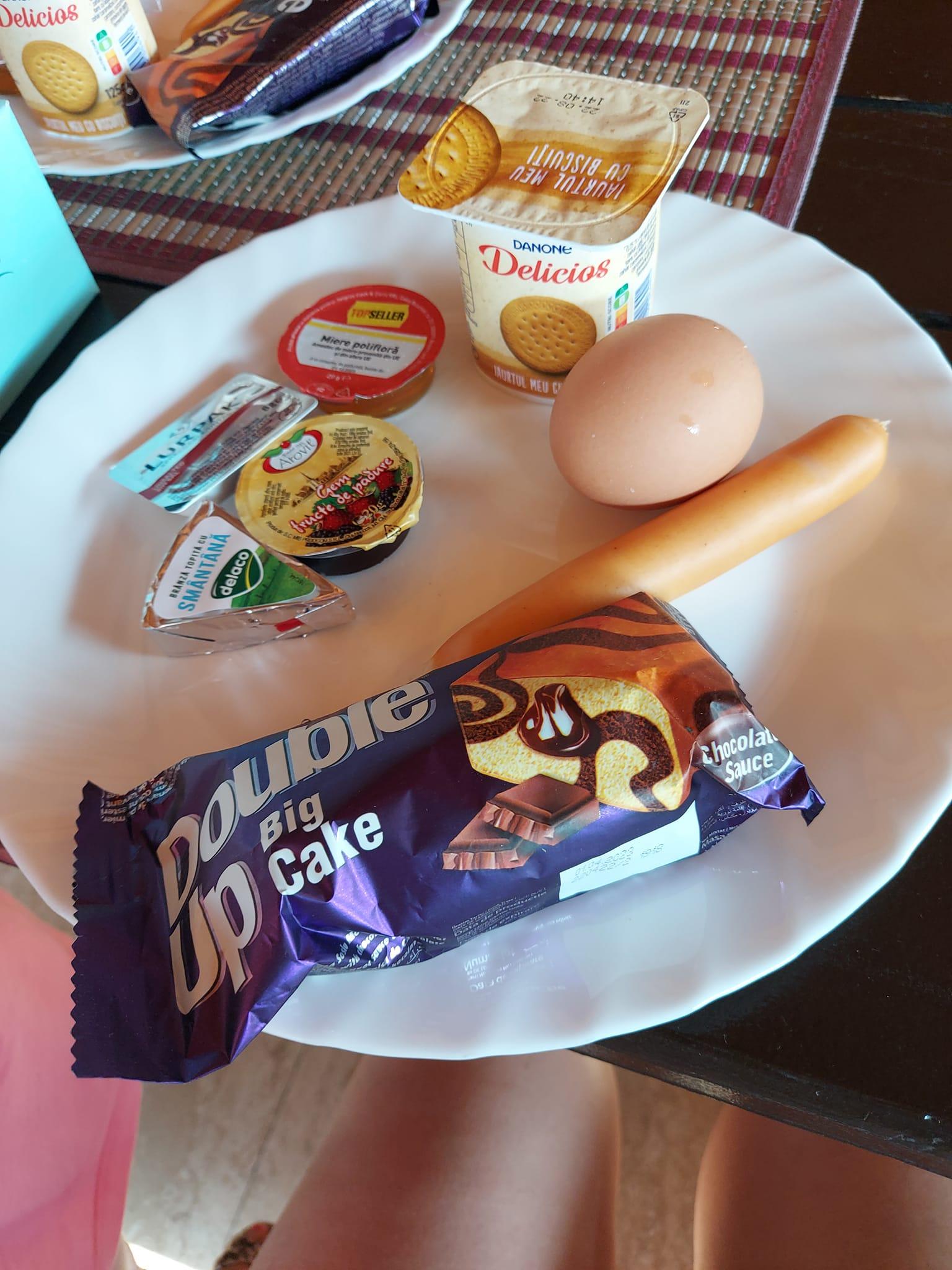